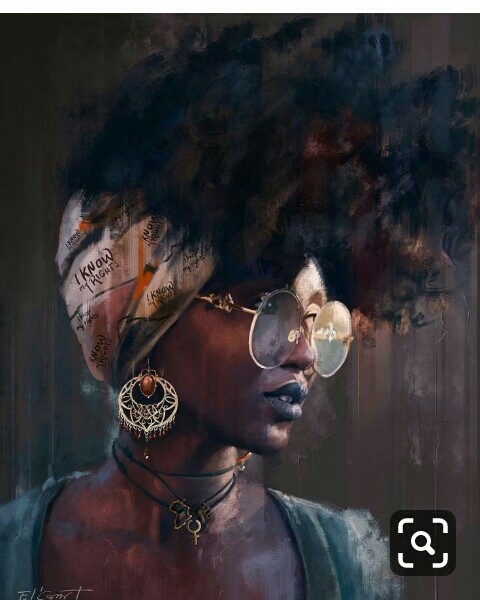 Once an African woman declares independence on the first date, 60% of men will be like ” Hell no! I can’t handle this.”

An independent African woman is defined by her financial stability in all areas of her life. She can handle her bills, afford her own upkeep and for some, finance lavish lifestyle without dependence on any man, parent or relative(s). An independent African woman, in another view, has achieved the maximum level of education, that is the university, and even if she hasn’t reached that level yet, her education status is on point.

Being educated is an indicator of how sharp and smart her brains are, that she can engage in intellectual conversations without being left out and feeling daft.

It is this independence that leaves many African men afraid. One of the fears black men speak of is the defiant attitude of such women.

African men treasure respect as much as they value life. Relationships have been strained and even broken when the man feels he is not being showered with enough respect. Respect is held in high esteem by our dear black brothers and by striving to nurse their ego, respect has been distorted from its pure magnificence into something malevolent, dark and oppressive.

*Ken, 34-year-old accountant admits that he can not date an independent woman. He says such women are bossy, disrespectful and they tend to be poor in the kitchen. ‘You can’t expect independent women to cook for their husbands. They will force their men to eat outside in restaurants, kiosks, and shanties, just because they are independent. They lack respect.”

*Mark, 30, a shopkeeper, shares his fear on women who earn more than their husbands, ” If your wife earns more salary than you, chances are she will treat you like trash. They will look down upon you and in this spirit of disrespect, she slowly assumes the role of being ‘the man of the house.’ As a result, your ego is irreversibly damaged.”

*Jasper, 28, young entrepreneur is more concerned with the wild side of independent women. ” I hold independent women in high esteem since they will not burden their men on issues concerning the wallet and ATM’s to fund their ventures. At least they are far much better than gold diggers. However, independent women who love to party, go out on countless events and drink themselves silly, scare me the most. You have no power to limit them since they spend their own money, not yours. Controlling such women is hard.”

Read also: Why I stayed in a Broken Marriage

As a writer and explorer, I have encountered men who hold educated women with low esteem. Independent women holding more than a degree and are single, are not among the top choices as ‘wife materials’ for bachelors. African men raised in traditional ways find it offensive and disrespectful to their egos when their wives exhibit more brains and knowledge than them.

In short, if your wife is more educated than you, as a man, your status is much lower than that of a pariah chicken.

The only way closed-minded men rub their ego into a glowing shine is by marrying school dropouts or marrying women who never went beyond high school education.

It is sad that in universities, many young men have the same line of thoughts against educated independent women.

*Tom, 24, a student at Jomo Kenyatta University in Kenya says,” Girls here in Uni are difficult to handle since all of us are at the same level. What if she gets a masters? Then, she will ask all men to kneel at her feet! I’d rather marry one who is lower than me on the educational level and if it is the same level, her honors shouldn’t surpass mine. ”

Read also: Moving Is Hard but it is no license to kill: Advice to those who find it hard to let go.

I remember when I was a sophomore, a young guy approached me and asked me out. As I contemplated whether or not to take up his offer, I steered him into a general talk on women so that I may know him better and understand his views. There was one comment he gave on women who aspire to reach the Ph.D. level (i had let it slip jokingly that I would love to hold 5 PhDs), he said, ” Men never marry such women. I know of a woman in my village in Kisumu who is financially stable. She owns expensive cars and a big house, she has a Ph.D. from a certain USA university, she has beauty too. But no man wants her. Even her mum failed in getting her a suitor. So, Gloria, if you want to get married, don’t go that far.”

I rejected him. I got a glimpse of the ugly stereotyped idea on educated women.

In the bright side, it is not all doom and gloom in this side of Africa for independent African women.

*William,23, a mechatronics student at Jomo Kenyatta University dreams of getting himself a lady whom he can completely connect with intellectually, ” I prefer a lady who can speak out her mind and discuss intellectual matters without leaving out any detail. I find myself attracted to women who exude authority and are leaders in their own way. Plus, she got to be financially stable. ”

*August, on the other hand, finds independent women irresistible. He is 28 and owns a poultry farm in Kenya, ” If a woman is independent it means she is well versed in managing her finances and business. With such a woman, we can start and run a successful business empire.”

Read also Black Girl Power: What holds back African Women from leveling up with Men

Being independent as an African woman is very important. An independent African woman can stand up against domestic violence and exit an abusive marriage and raise her children without dependency. No man can hold her back by dangling a money bundle before her face as he threatens her life or children, for that holds no water against her.

An independent African woman can freely make choices without puppeteering of outside forces. An independent mind is able to say no to harmful options and limiting cultural practices.

Be an independent African woman.